December 7th — Over a thousand coats were received at today’s coat drive and donations are still being taken for the Clarke Broadcasting Cash Drive For Interfaith all weekend long.

For those who still want to bring in new or gently used coats, Interfaith will be collecting them next week from Tuesday until Friday between the hours of ten and noon at its 18500 Striker Court location.

Additionally, donations continue for the Clarke Broadcasting Cash Drive For Interfaith through the weekend. Yesterday, the live broadcast raised over $57,000 dollars with Chicken Ranch Rancheria matching every dollar for a total of over 114,000 dollars.

December 6th — The Mother Lode community is stepping up in a big way to help those less fortunate in Tuolumne County.

$57,235 in community donations were raised this morning during Clarke Broadcasting’s Cash Drive for Interfaith Social Services. The on-air drive was held from 6am-noon on Star 92.7 during the Morning Star Café with Mark and Maryann and on 93.5 KKBN during Yazel in the Morning.

Tribal Chairman Lloyd Mathiesen announced that the Council of the Chicken Ranch Rancheria will match all of the donations, bringing the current amount over $114,000. In addition, the tribe will match donations dropped off at the Coat Drive tomorrow (Saturday) from 9am-noon at the Interfaith Social Services Office on Striker Court In Sonora, and those made over the weekend via paypal (click here for more information).

Reflecting on the current total, Mathiesen says, “Every year it is just amazing how much this community gives. Especially during the holiday season, everyone is so generous.”

Interfaith Director Cathie Peacock was extremely grateful noting that her office sees an estimated 1,800 different people each month coming in to receive food and other services. “The community response is amazing,” she says.

The final total will be known on Monday, but it is currently shaping up to be a record-breaking year.

There will be plenty of Christmas festivities and Santa will talk to each child personally!

Photo from December 2018 at Striker Court 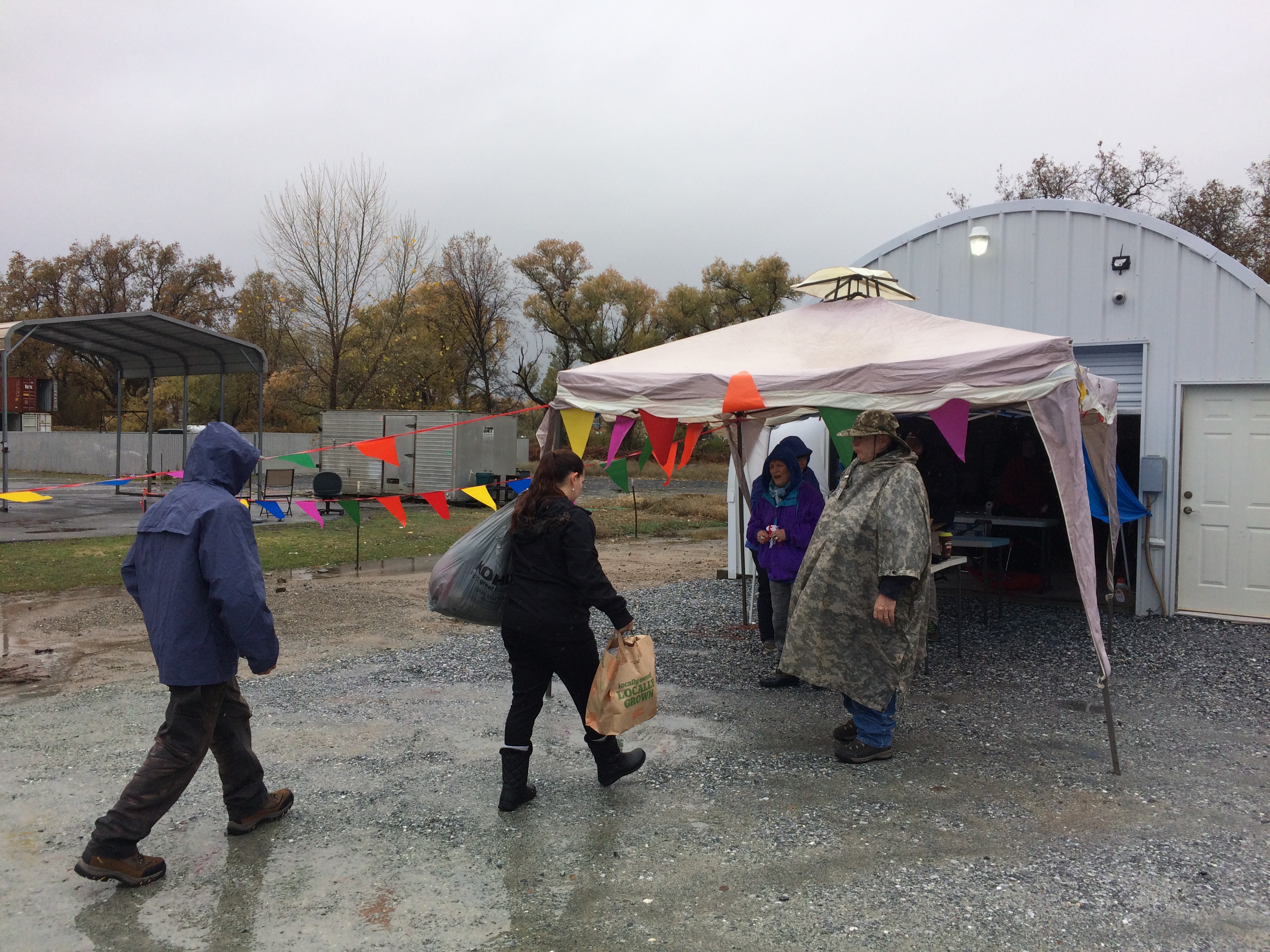 Coats arriving by the bagful 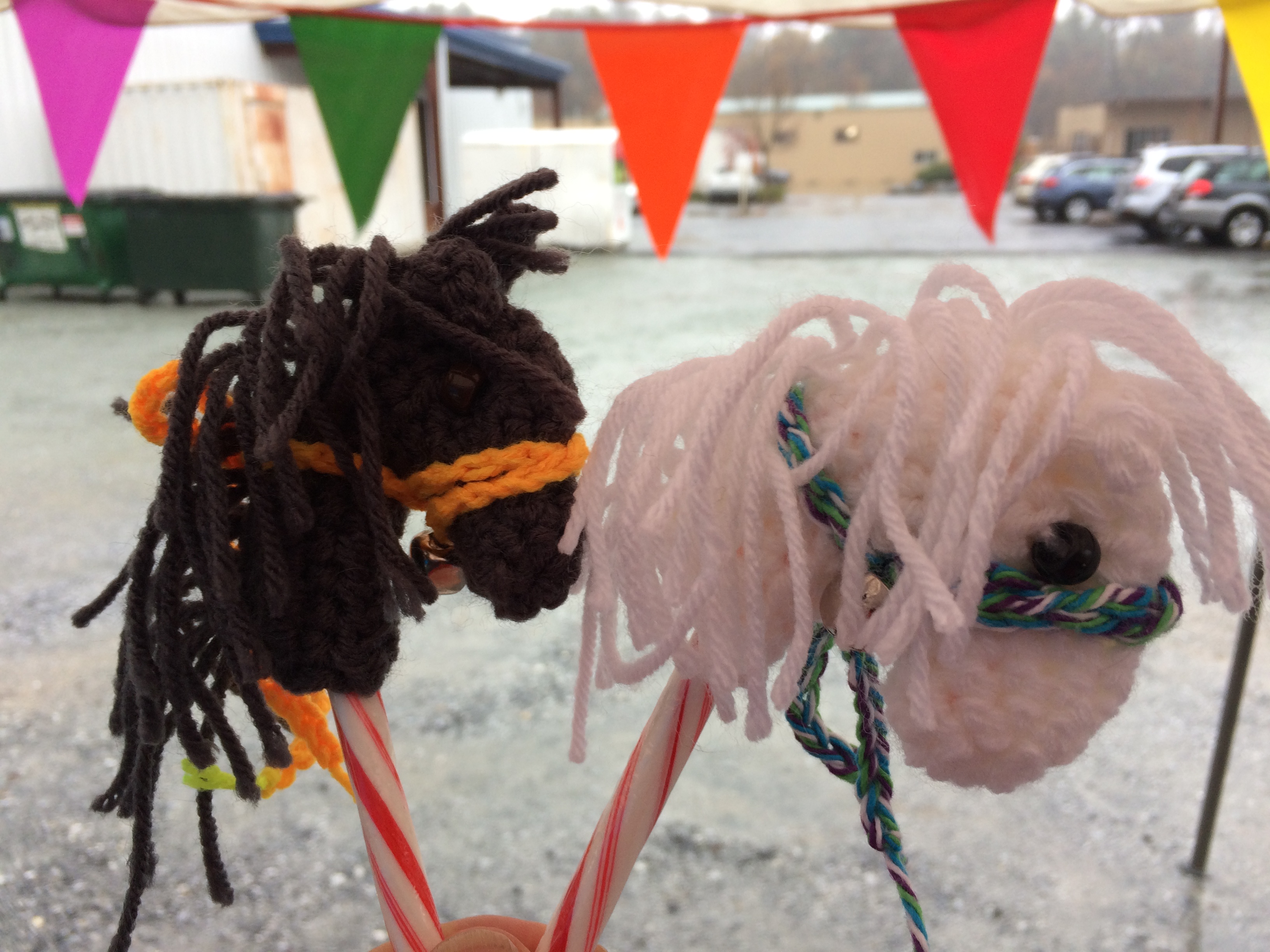 Finger puppets are always popular with the kids.

Back in 2016 the weather was a lot more co-operative. 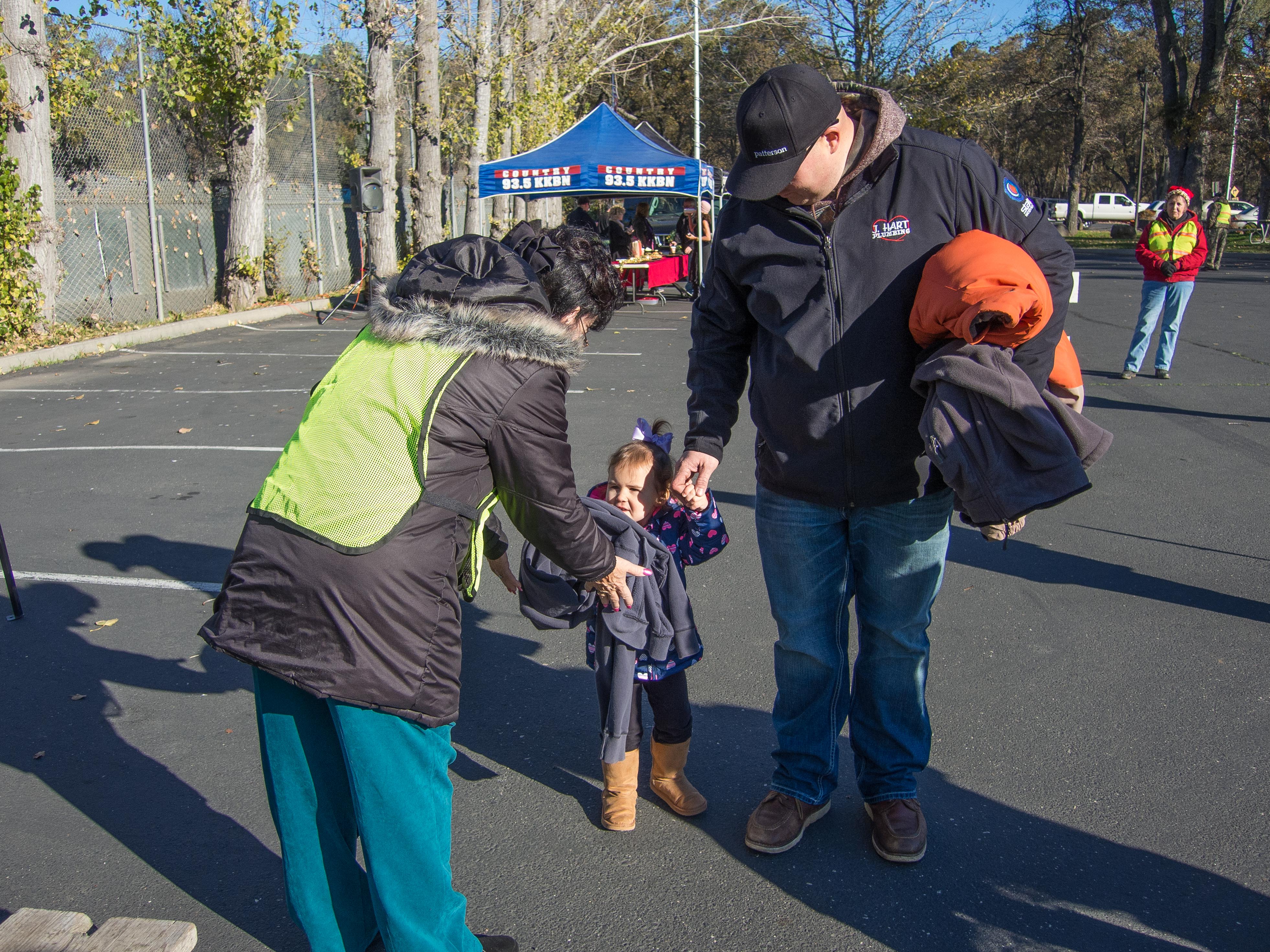 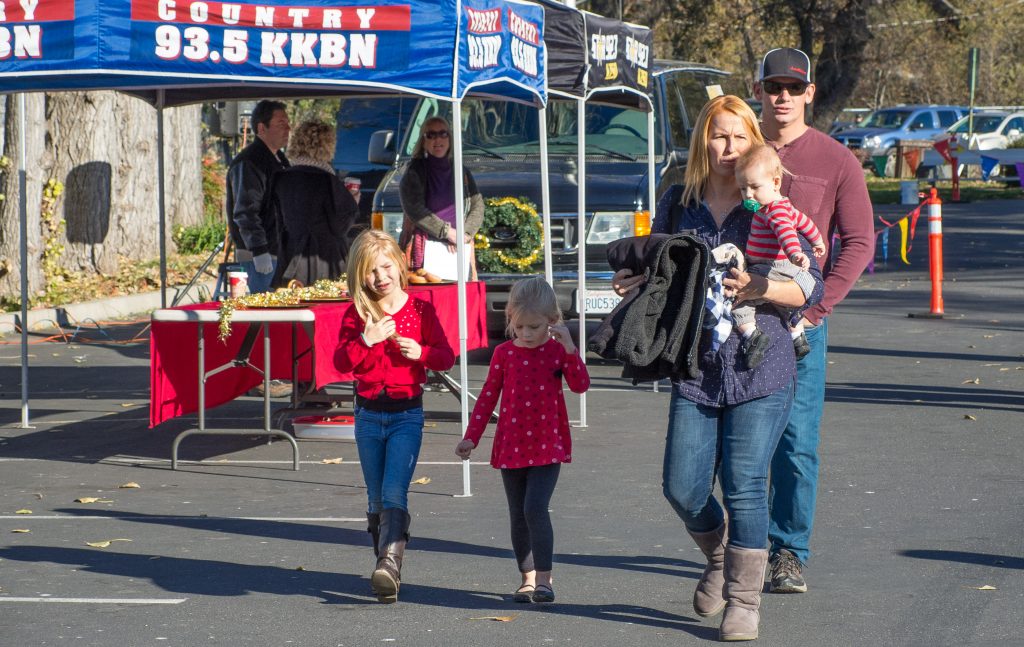 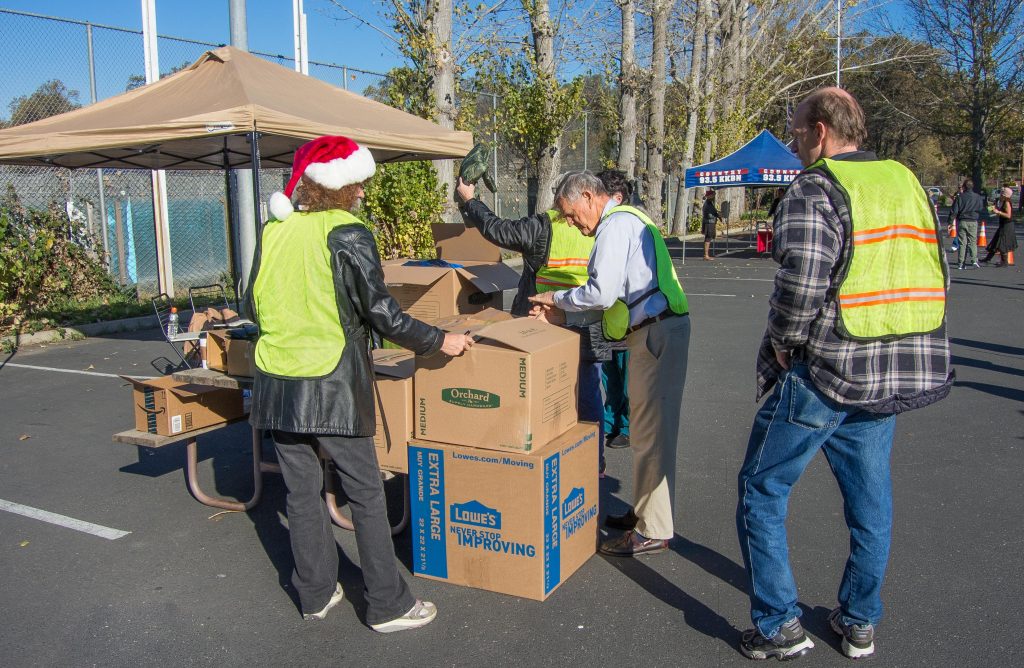 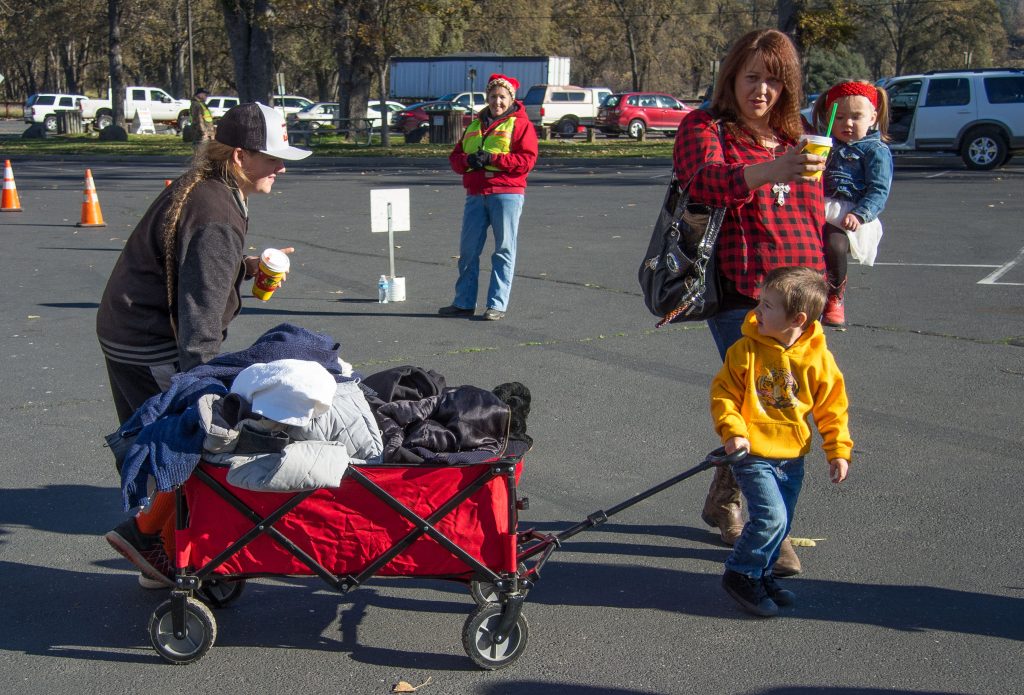 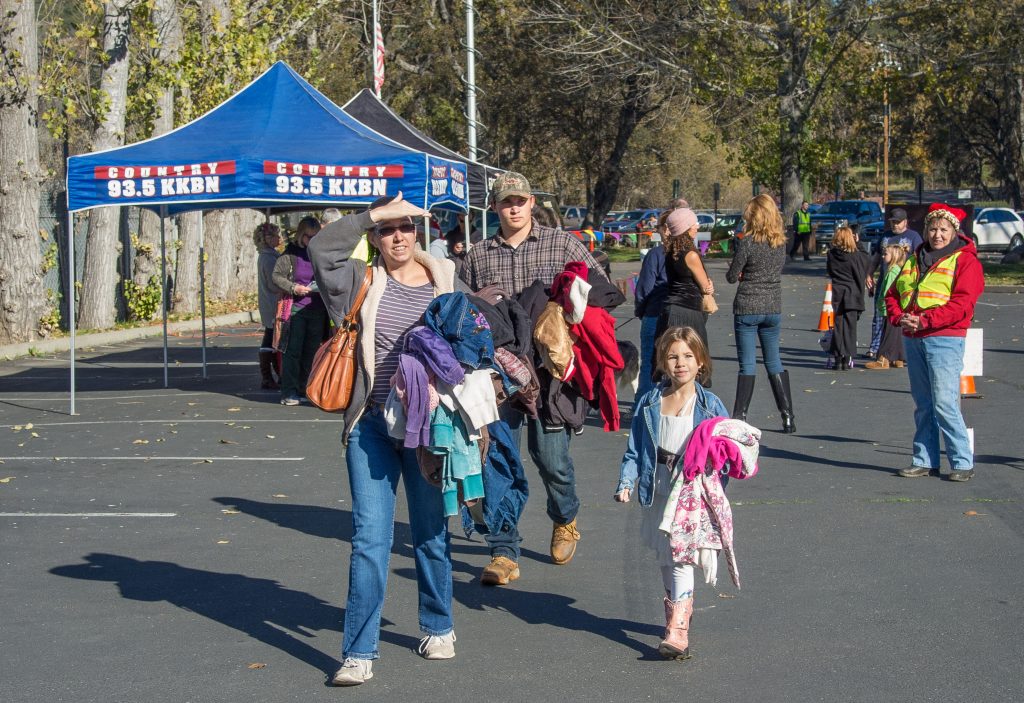 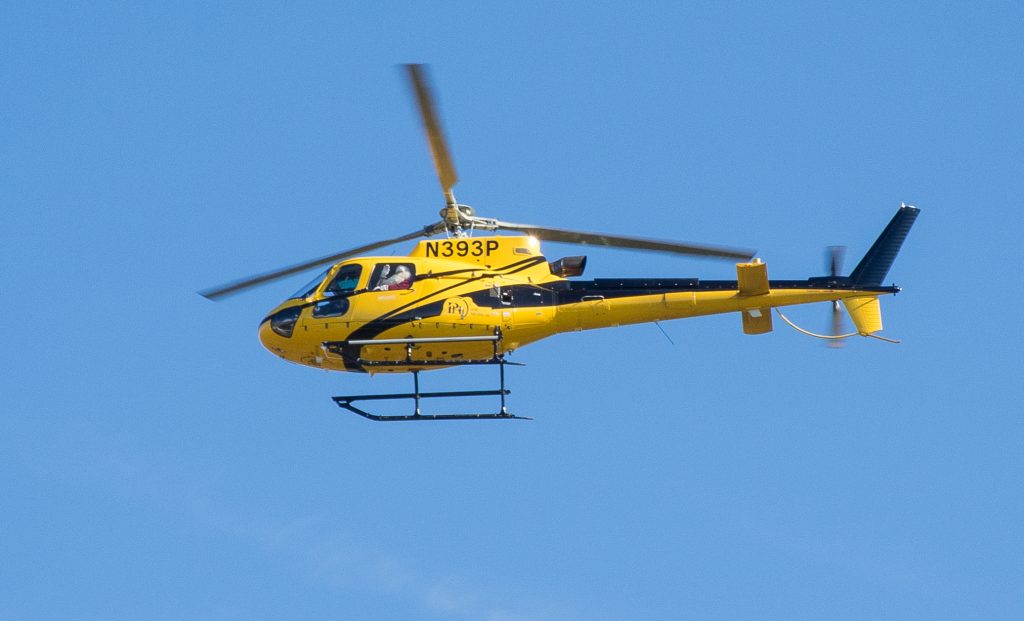 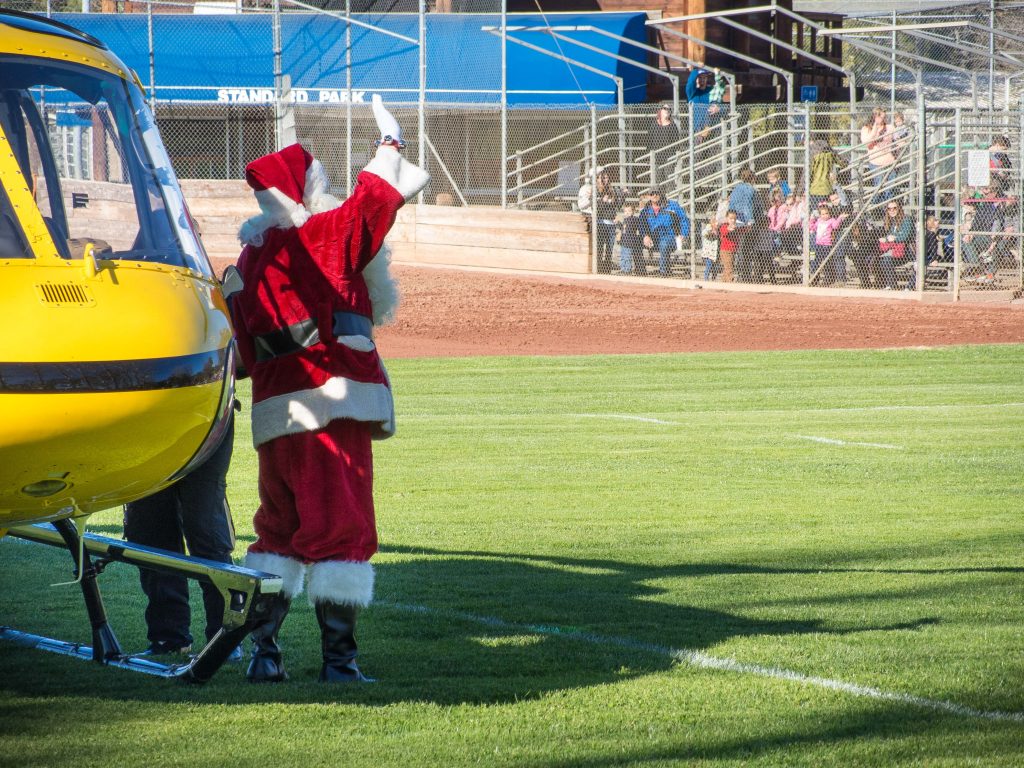 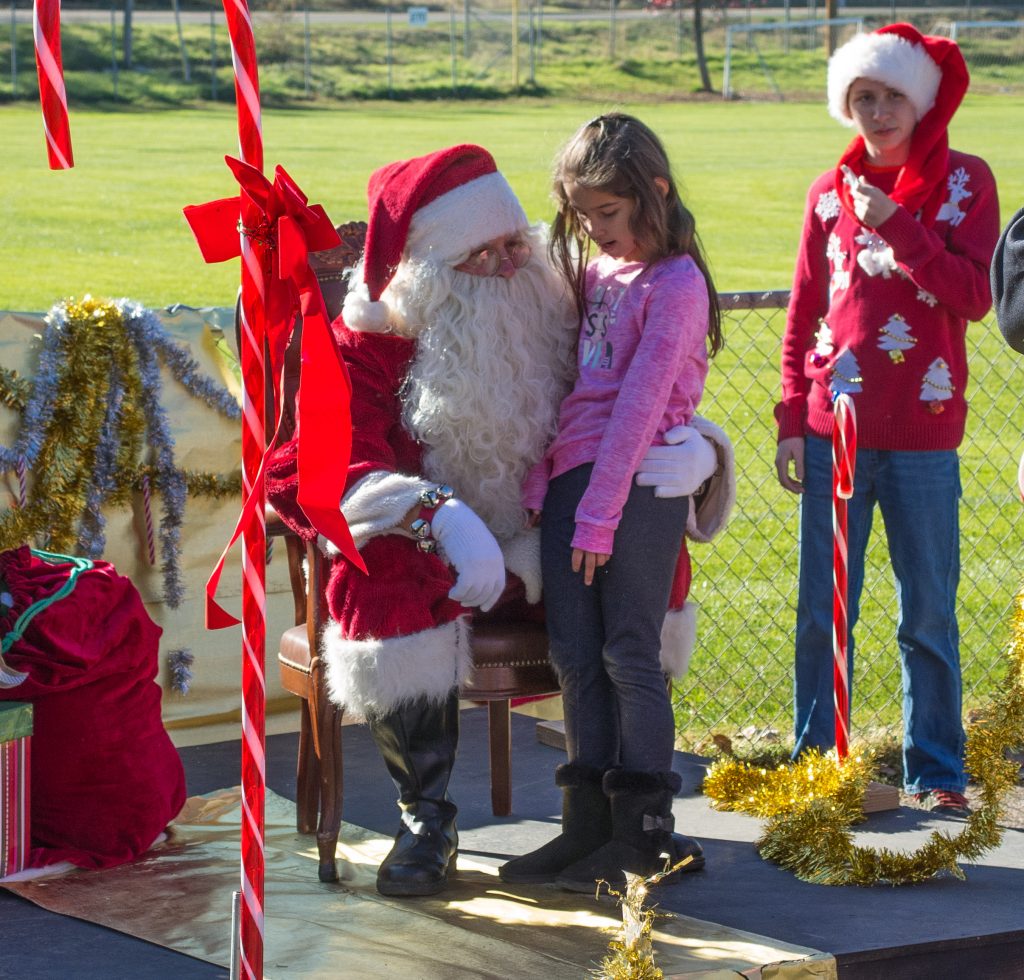